Working at Edmonton Southside Primary Care Network has always been an experience for Marcy Figas.

She was one of the first primary care nurses hired in 2006 and had to define her role for the family doctors she worked with.

“The concept was new. It was scary, to be honest, because it was considered out of scope of nursing work. I was coming from a hospital setting. It seemed like a really good idea – the way the doctors had wanted to provide more services in the community. I thought it was an excellent career change for me from dealing with the sickest of the sick in hospital to promoting health in the community,” says Marcy.

She adds it was a challenge to work in the clinics because at first, the physicians didn’t know how to use her skills. Before Edmonton Southside PCN was created, family doctors were used to doing all their own work without extra support.

Marcy had to continually remind the doctors that she was there to help them and their patients.

“I gave them examples of what I could do to help their patients and help them with their scheduling and patient load. I was saying everyday, ‘I can do this too’ as a reminder until they knew I could do it. I convinced them that we could work together and get a lot more done,” she says.

She decided to join the geriatric team, now called the Healthy Aging Team, and had to educate the physicians on what the team could do to help. The team wasn’t based in clinics; it was a centralized service at the PCN office. Marcy had to make several clinic visits so the doctors could become familiar with her.

Since she has seen the PCN develop over the past nine years, she’s noticed how her role has adapted to the growth. The Healthy Aging Team is now being integrated into clinics.

“It is beneficial to have that face-to-face interaction so the doctors remember that we are here and available to do a lot of the work they need help with,” says Marcy. “I think the PCN will keep growing. Reality is people are living longer. It is an exciting concept to encourage healthy living in the community so that seniors can stay in their homes as long as possible.” 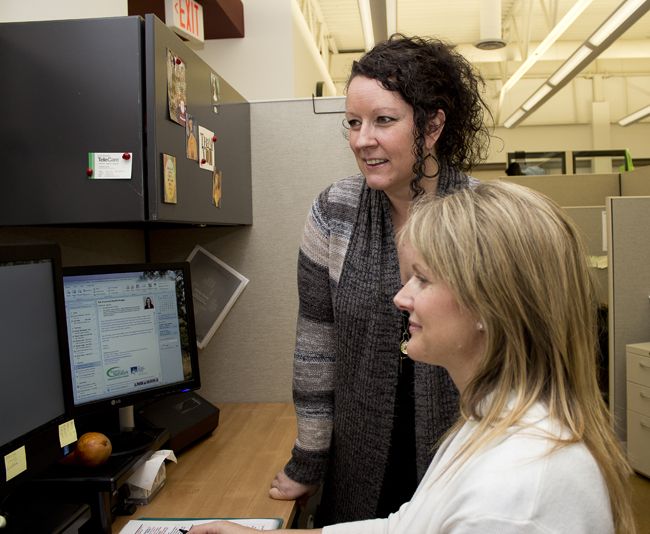