Patient learns how to manage emotions

In the past, Jerry Gruenwald would rather show his emotions than deal with them. This almost caused his marriage to break down and pushed him into a depression.

His family doctor, Dr. Mark Antoniuk, and his primary care nurse, Michele Kralt, were given the opportunity to assess Jerry and offer assistance to help him through the stressors he was experiencing. Jerry recognized that he needed help so Dr. Antoniuk collaborated with his nurse and mental health coordinator from Edmonton Southside Primary Care Network (PCN) to steer him in the right direction.

Luc Therrien, the PCN mental health coordinator, discussed Jerry’s situation and encouraged him to take mental health workshops where he could find support from others who were going through similar emotional struggles.

Managing Emotions, facilitated by PCN mental health coordinator Shelina Merali-Tate, had discussed various strategies around how to manage his emotions in a healthy way, and how to cope with his stressors. Changeways, a workshop which helps participants with symptoms of depression and anxiety, taught Jerry that he can’t be in control of everything.

“One thing I learned was I am not alone on some of these issues. Prior to the courses, anger was just the only option that I had and I did not know about anything else out there. Just being able to think about things in a different way – count to 10, take a deep breath or not have a knee jerk reaction – has made me happier in the process,” says the 50-year-old.

The workshops taught Jerry listening skills and provided him an outlet to share his experience in a group setting.

“I was facing divorce. This changed a lot of things between myself and my wife that we decided to work it out amongst ourselves. We are going for dinners and movies so it is nice. I would rather be doing that than fighting with her,” says Jerry.

“I think that says a lot. In one regard, it has made a huge impact for me to be able to deal with my emotions and not be upset, flustered or frustrated. It was good for me. I was the kind of guy that never really listened to other people in my life the way you should.” 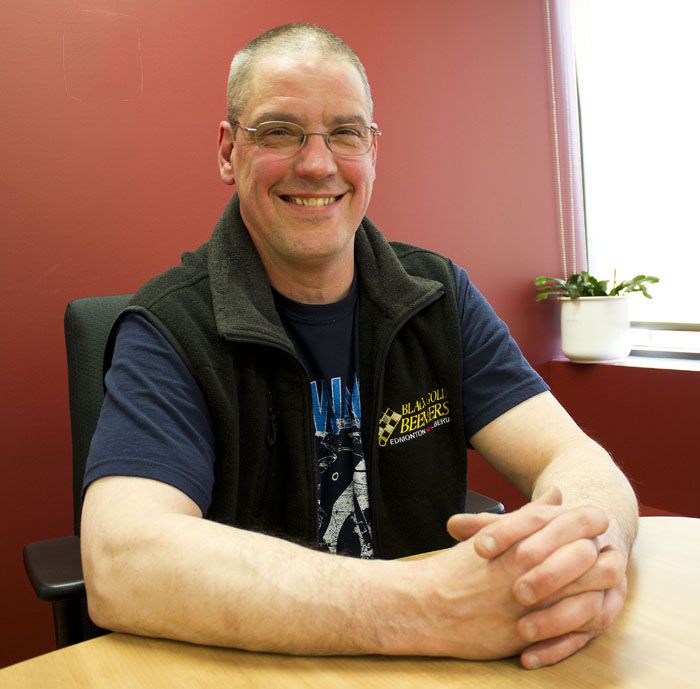