She realized she’s had an unhealthy weight since she was seven-years-old and has been struggling with how she eats since then.

Through her family doctor at Dominion Medical Centres Parsons, she was referred to a dietitian. The dietitian provided her with information about workshops at the PCN.

Christenna says the Craving Change and Moving for Health workshops helped her motivation for changing her health and lifestyle.

She switched from eating a diet heavy with processed grains and very little vegetables to using a dividing plate that emphasizes filling the majority of it with vegetables. When she bought the plate, it raised her daughter’s interest to have one. Now Christenna’s whole family is involved with eating healthier.

She’s learned to plan her meals and to stop at a grocery store for a healthier snack on the run instead of going to a fast food restaurant.

Christenna also has injuries that had prevented her from exercising in the past. Through Moving for Health, she discovered about setting goals with the pedometer and began to incorporate more steps into her day.

When she began attending the Weight Management Dietitian Clinic, her focus shifted from focusing on food to setting goals for her overall health.

The clinic provides group support for patients who can set goals on eating healthier, keeping a food journal, drinking more water or getting enough sleep. It’s the patients who choose their goals and they must be confident that they can achieve them.

“You get to learn about what other people are struggling with. One thing I learned is I do not feel alone because I can hear someone else struggling with the same thing,” says Christenna.

It’s her decision on how often she wants to access the clinic and says each visit provides her with new insight about her health.

“It’s empowering. I cannot event put into words how grateful I am to this program,” she adds.

For Christenna, the PCN has been the support system she’s needed to help her through her journey.

“Because a family doctor can only do so much as they have so many patients and only so much time. I think it frees doctors up so that other needs can be met and then doctors can do what they are trained to do. You are helping people at every level – the PCN staff just cares,” she says. 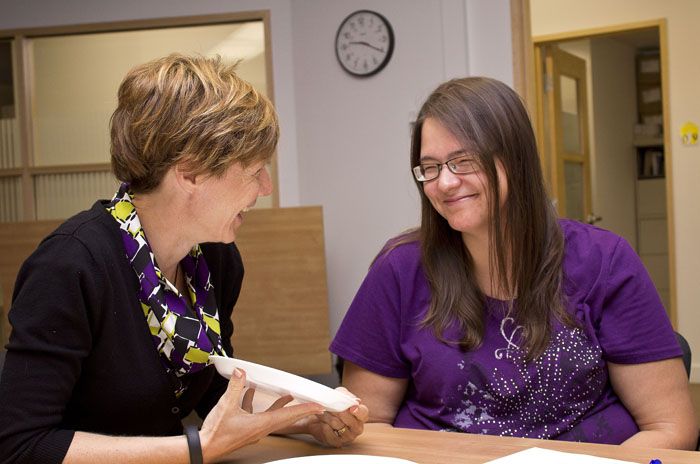