Bev Kluczny is trapped at home because of an extreme panic disorder. She is too afraid to leave her house in case she experiences a panic attack.

Bev, 69, suffers from agoraphobia, which makes seeking medical treatment for her diabetes and emphysema challenging.

Without the help from two Edmonton Southside Primary Care Network nurses and her husband, Clarence, she says it would be a struggle.

PCN nurses Cheryl Barabash and Elaine St. Laurent visit Bev in her home on a regular basis to give her a B12 vitamin shot and to check her blood sugar levels.

“They both will come out for me any time I need them,” says Bev.

She recalls as a child that it was very hard for her to leave the house to attend school. She experienced her first panic attack in 1992.

“It’s been getting steadily worse. The first time I was so bad that I couldn’t let go of the door in order to get the mail out of the mailbox,” says Bev.

She explains that it’s an extreme phobia against crowds or people she doesn’t know. She also has an unpredictable bladder that discourages her from being out of her house.

Bev manages to see her doctor at the Meadowbrook Medical Clinic and her psychiatrist with great difficulty. Her appointments are scheduled for the beginning of the afternoon and she is seen immediately. She has visited her mother who lives in west Edmonton but hasn’t seen her since Christmas 2010. Bev missed attending her grandson’s high school graduation.

“It’s extremely high anxiety. Rather than staying in a crowd, I would leave. It’s very difficult to explain. I don’t look to the right or the left when I go to the doctor’s office,” says Bev.

Cheryl and Elaine become her link to the medical world. They have called in prescriptions on the doctor’s behalf so Clarence can pick them up. Cheryl checks Bev’s feet and assists her with managing the 23 medications she has to take. When Bev has a doctor’s appointment, Elaine or Cheryl spend time with her at the clinic.

“They make my life so much easier. They relieve my mind an awful lot. I feel more comfortable that they are there when you need something,” says Clarence.

He adds the primary care nurses enhance the health system. One time, he had to have his elbow lanced and Elaine fixed the dressing.

“It alleviates the doctor to do other things for other patients. It’s a process in the system that will help alleviate health care in the province,” says Clarence.

“I certainly hope they don’t pull the primary care people out of the doctor’s office,” adds Bev. 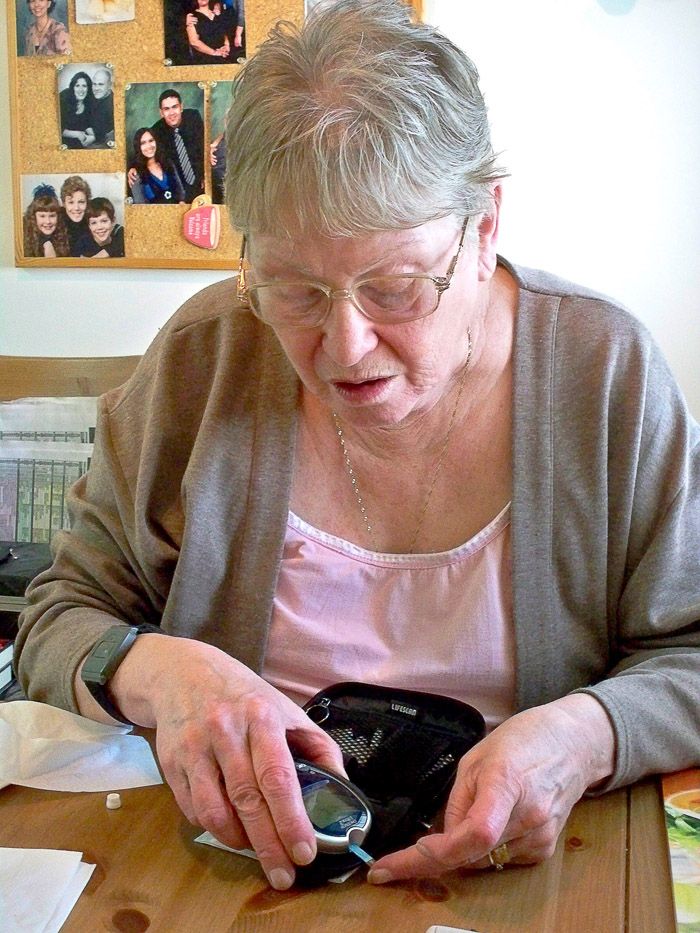